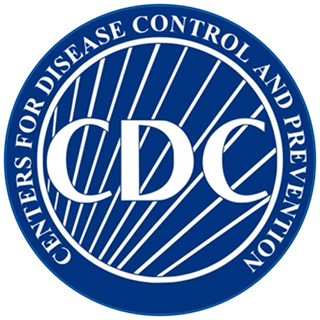 The Centers for Disease Control and Prevention (CDC), a part of the U.S. Department of Health and Human Services, is the primary Federal agency for conducting and supporting public health activities in the United States. The Centers of Disease Control and Prevention (CDC) leads the emergency preparedness and response activities by providing strategic direction, support, and coordination for activities across CDC as well as with local, state, tribal, national, territorial, and international public health partners. CDC provides funding and technical assistance to states to build and strengthen public health capabilities. Ensuring that states can adequately respond to threats will result in greater health security; a critical component of overall U.S. national security.

The SNS is a national repository of antibiotics, chemical antidotes, antitoxins, life-support medications, IV administration, airway maintenance supplies, and medical/surgical items. The SNS has large quantities of medicine and medical supplies to protect the American public if there is a public health emergency severe enough to cause local supplies to run out.The SNS is designed to supplement and re-supply state and local public health agencies in the event of a national emergency anywhere and at anytime within the U.S. or its territories. SNS holdings are supplied to state and local jurisdictions at their request upon federal authorization. Once Federal and local authorities agree that the SNS is needed, medicines will be delivered to any state in the U.S. in time for them to be effective. Each state has plans to receive and distribute SNS medicine and medical supplies to local communities as quickly as possible.

Biological agents can be spread through the air, through water, or in food. These agents are typically found in nature, but it is possible that they could be changed to increase their ability to cause disease, make them resistant to current medicines, or to increase their ability to be spread into the environment. A bioterrorism attack is the deliberate release of viruses, bacteria, or other germs (agents) used to cause illness or death in people, animals, or plants. Terrorists may use biological agents because they can be extremely difficult to detect and do not cause illness for several hours to several days. Some bioterrorism agents, like the smallpox virus, can be spread from person to person and some, like anthrax, can not.

A number of agents to counter biological threats are included in the SNS, such as smallpox and anthrax vaccines. The U.S. Department of Health and Human Services and the CDC consider many factors, such as current biological threats, the availability of medical materiel, and the ease of dissemination of pharmaceuticals. One of the most significant factors in determining SNS composition, however, is the medical vulnerability of the U.S. civilian population.

For more information, view the Bioterrorism page at the CDC website.

CDC has a key role in protecting the public's health in an emergency involving the release of radiation that could harm people's health. Radiation can affect the body in a number of ways, and the adverse health effects of exposure may not be apparent for many years. These can range from mild effects, such as skin reddening, to serious effects such as cancer and death, depending on the amount of radiation absorbed by the body (the dose), the type of radiation, and how and for how long the person was exposed.

Four drugs in the Strategic National Stockpile (SNS) are specifically designated for use in a radiation emergency. The first three drugs, potassium iodide, DTPA, and Prussian blue, may be used to treat internal contamination. Each countermeasure is specific, not only in the way it works, but also for the radioisotopes it is used to treat. Neupogen, the fourth countermeasure in the SNS, can be used to improve a victim's chances for survival by stimulasting certain types of cells that remain in the bone marrow to produce mature granulocytes -- white blood cells critical to fighting infection.

For more information, view the Radiation Emergencies page at the CDC website.

Some chemicals that are hazardous have been developed by military organizations for use in warfare. Examples are nerve agents such as sarin and VX, mustards such as sulfur mustards and nitrogen mustards, and choking agents such as phosgene. It might be possible for terrorists to get these chemical warfare agents and use them to harm people. Other hazardous chemicals are used in industry (for example, chlorine, ammonia, and benzene) or found in nature (for example, poisonous plants). Some could be made from everyday items such as household cleaners. These types of hazardous chemicals also could be obtained and used to harm people, or they could be accidentally released.

For more information, view the Chemical Emergencies page at the CDC website.

The CDC has continuing programmatic efforts in both seasonal and pandemic influenza. One hallmark of influenza viruses is that they are constantly changing. If a non-human (novel) influenza virus gains the ability for efficient and sustained human-to-human transmission and spreads globally, an influenza pandemic occurs.

For more information, view the Pandemic Influenza page at the CDC website.

www.medicalcountermeasures.gov is pleased to announce a phased launch of our newly redesigned public website. We are making website improvements to provide a more modern and customer-centric web experience. Over the next several months you will see differences throughout the site while we continue implementing updates. Thank you for your understanding and please let us know if you have any questions: mailto:techwatchinbox@hhs.gov