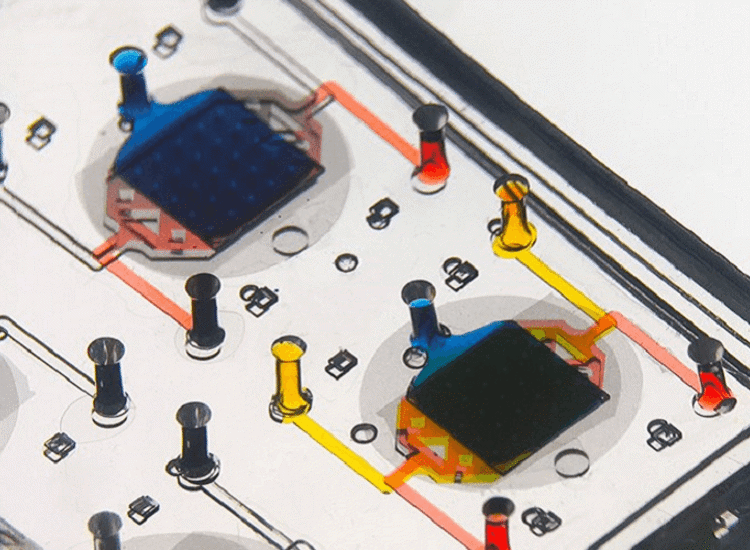 BARDA is working with two labs at the University of Pennsylvania to further develop their lung-on-a-chip technology to study the effects of chlorine gas (Cl2)on human health. This work will lead to a better understanding of how the human lung reacts to a toxic Cl2 exposure, which will enable the discovery of new and effective treatments. If successful, the lung-on-a-chip technology could be used to discover new treatments for inhalation of other inhaled toxic chemical.

Dan Huh, associate professor in Penn’s School of Engineering and Applied Science, and G. Scott Worthen, a professor of pediatrics at Penn’s Perelman School of Medicine and a neonatologist at Children’s Hospital of Philadelphia, have collaborated on developing a series of organ-on-a-chip platforms. These devices incorporate human cells into precisely engineered microfluidic channels that mimic an organ’s natural environment, providing a way to conduct experiments that would not otherwise be feasible.

Chlorine gas was used as a weapon during World War I and has been used repeatedly during the ongoing Syrian civil war. Chlorine also is one of the most-used industrial gases in the United States and causes multiple deaths and injuries due to accidents. In 2005, a train accident in Graniteville, South Carolina caused a tank car containing chlorine gas to leak, causing nine deaths and at least 250 injuries. There are no effective treatments for chlorine inhalation.

Penn’s lung-on-a-chip will increase scientific understanding of the damage inflicted by chlorine gas on lung tissue and point the way to innovative treatments. The chip technology can subsequently be used for high-throughput screening of drug candidates and speed the development of the promising ones.

Organ-on-a-chip is a potentially disruptive technology. Human analogue organs could provide pre-clinical data on drug safety and efficacy using human-like tissue and yield quicker, cheaper, and more realistic results than traditional non-clinical testing. Once organ-on-a-chip technology is validated against data from human patients, the technology could greatly reduce the need for animal testing in drug development.

Last Updated: September 21, 2020
Website Refresh - www.medicalcountermeasures.gov is pleased to announce a phased launch of our newly redesigned public website. We are making website improvements to provide a more modern and customer-centric web experience. Over the next several months you will see differences throughout the site while we continue implementing updates. Thank you for your understanding and please let us know if you have any questions: techwatchinbox@hhs.gov